One of the nice features of the Garmin Fenix 6X is the ability to listen to music without your phone. There is enough room to put a lot of music on it and listen to it via a Bluetooth headset or earbuds.
I like running with music in the background. The playlists I am using are on the beat of my steps per minute. Default I have playlists of 170, 180, 190 and even 200 BPM, which results in the same steps per minute.
But what if you have a bad connection with a lot of noise and reconnects?

I didn’t have any problem with them in the beginning. The only annoying thing was I couldn’t change the volume of it in an easy way. Skipping numbers wasn’t possible for me either.
Normally I would run with Bose sports wired earbuds, but those cannot connect to the Garmin 6X, because they don’t have any Bluetooth.

After comparing some wireless earbuds, I went for the Jaybird Vista 2. They sound very well and one of the advantages Is that the battery life is longer compared to the bose sports wireless earbuds. I need an extra-long battery life when I want to do another marathon. I am not a quick runner, so 4-5 hours is not enough for me.

The sound is nice and the noise canceling is working awesome. I don’t like this feature during running by the way, because then I don’t hear my steps.

It is easy to configure all controls on the earbuds and I could change the volume, skip numbers, enable/disable noise-canceling etc.

And then I started running with it and found out a big problem!

During my first run, the audio was really breaking up. A lot of cracking sounds and losing connection. This way I couldn’t run. At first, I couldn’t find a solution so I was even thinking of returning it. The AirPods were working very nice, so what was the difference?

After searching on the internet, I finally found the solution and tried that solution.

Basically, the first earbud you’re taking out of the case is the “master” for the Bluetooth connection. I am right-handed, so I was always taking out the right one first.
Later I found out that the left Airpod is always the master.

When the right earbud is the master, and my watch is on the left wrist, my head is in between and that can give some trouble when I am moving my arms during running.

The solution is very simple:

Now you can run without any cracking, losing connection or whatever!
For me there was no need to return the JayBird Vista 2

This post is not sponsored by any of the brands and everything is my personal opinion.

Here are other sports blogs: 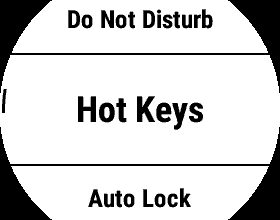 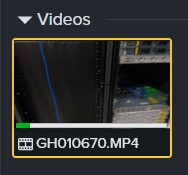